a new approach to finding and buying your home in France.

3D French Property Agency is the UK website of the French company 3D Immobilier. A wide range of homes and property for sale in France. 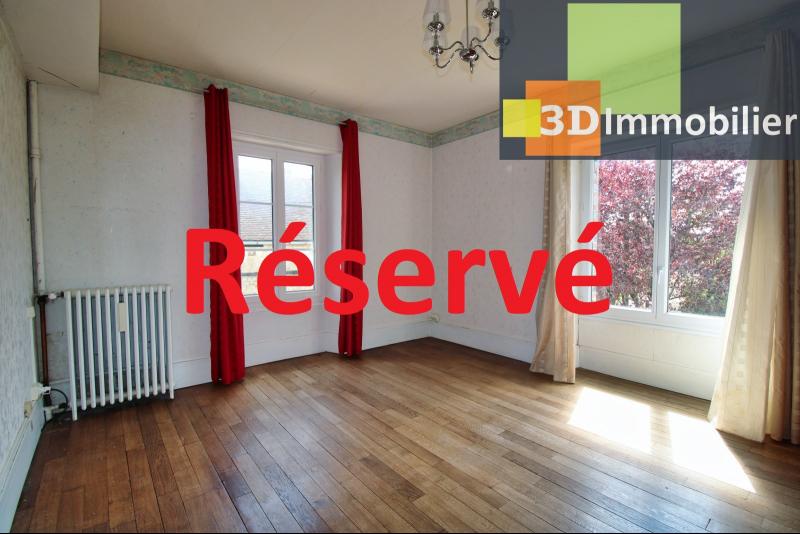 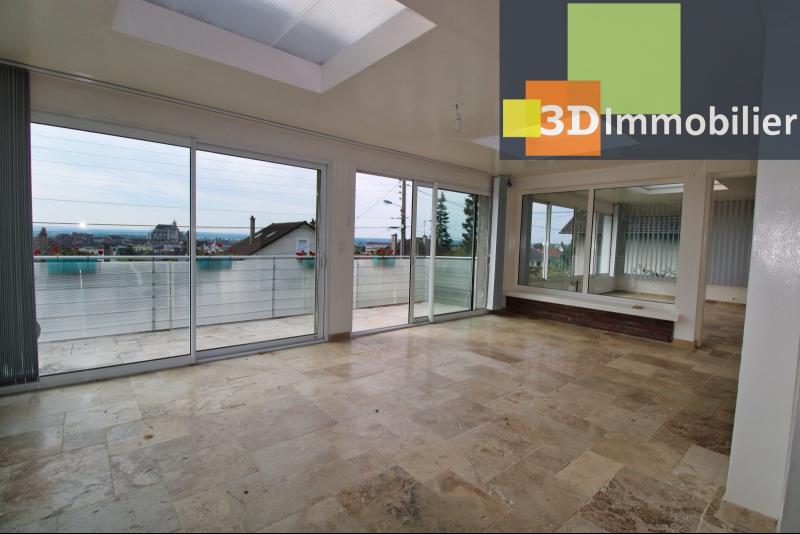 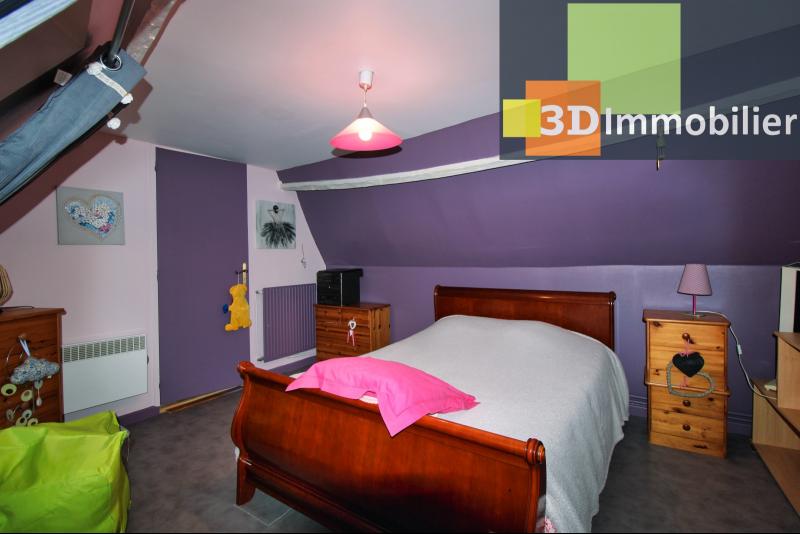 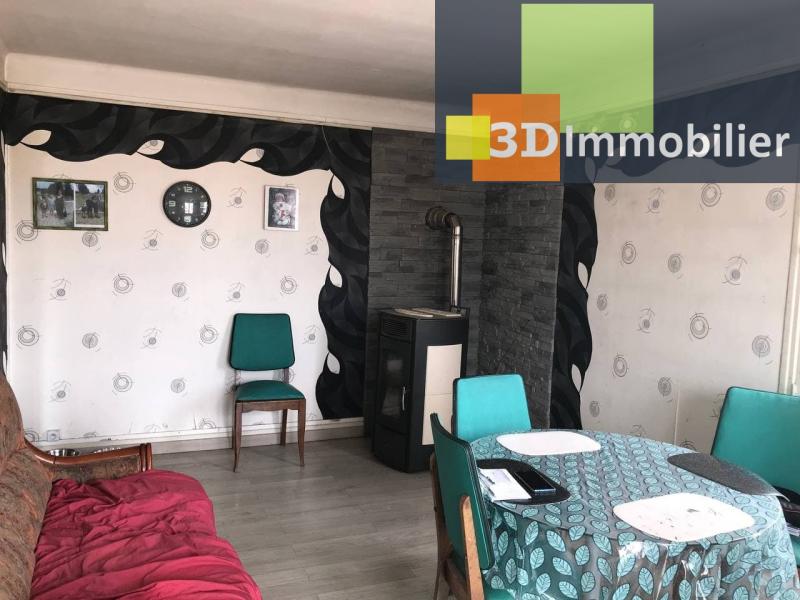 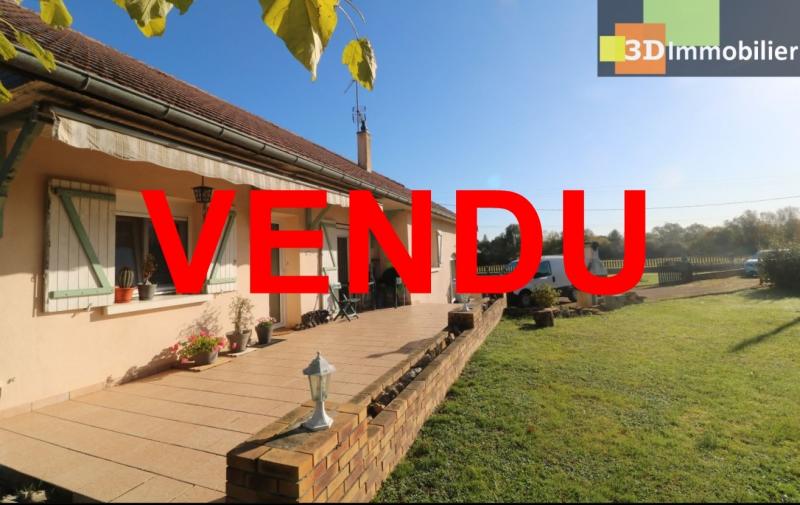 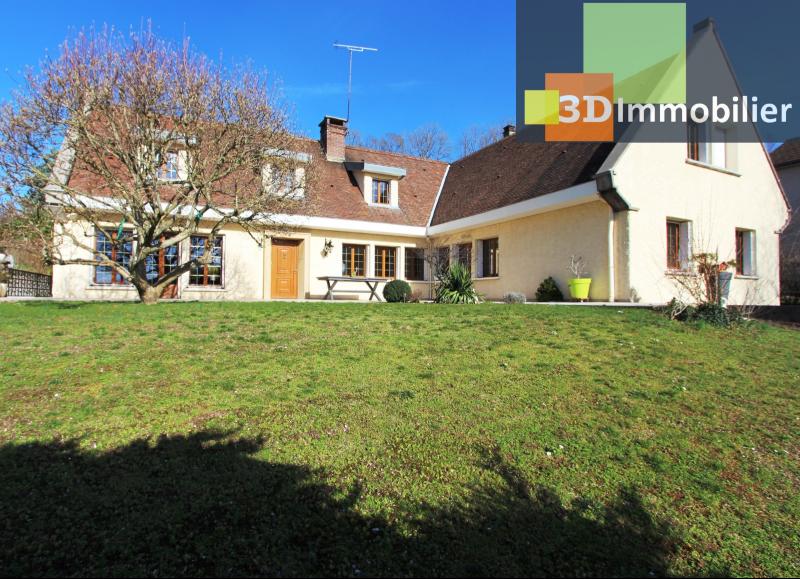 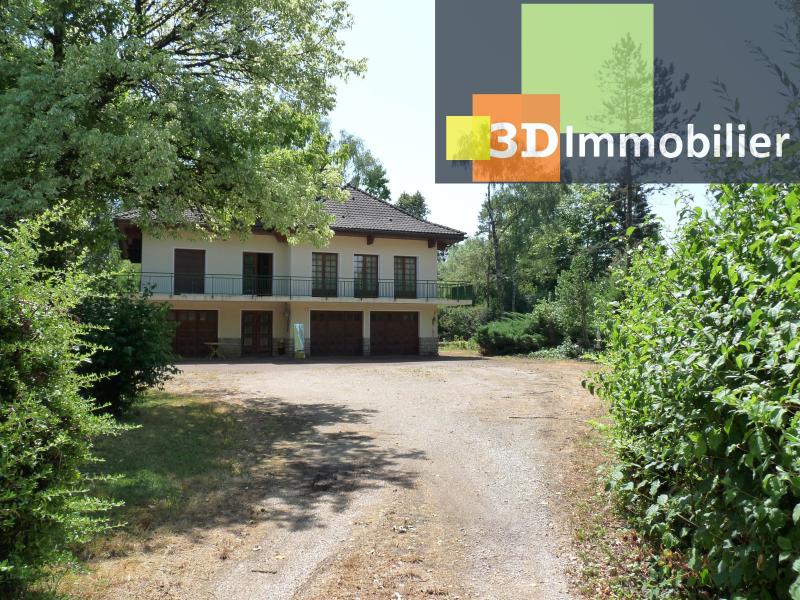 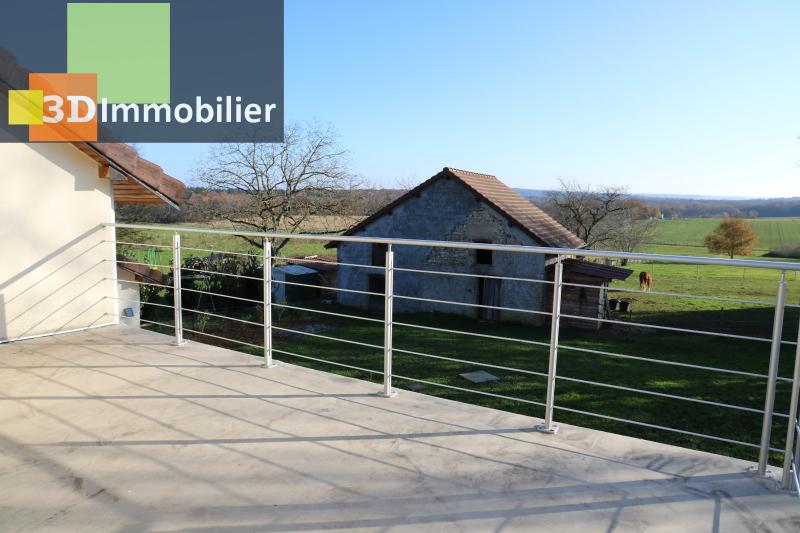 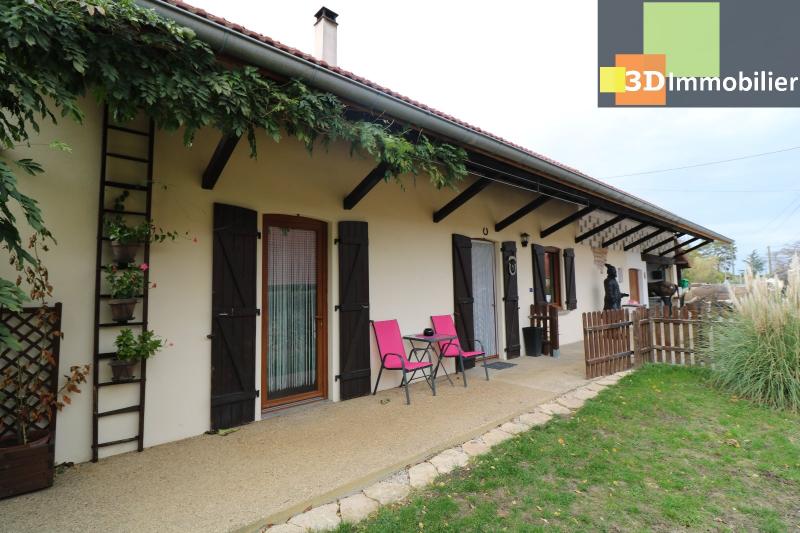 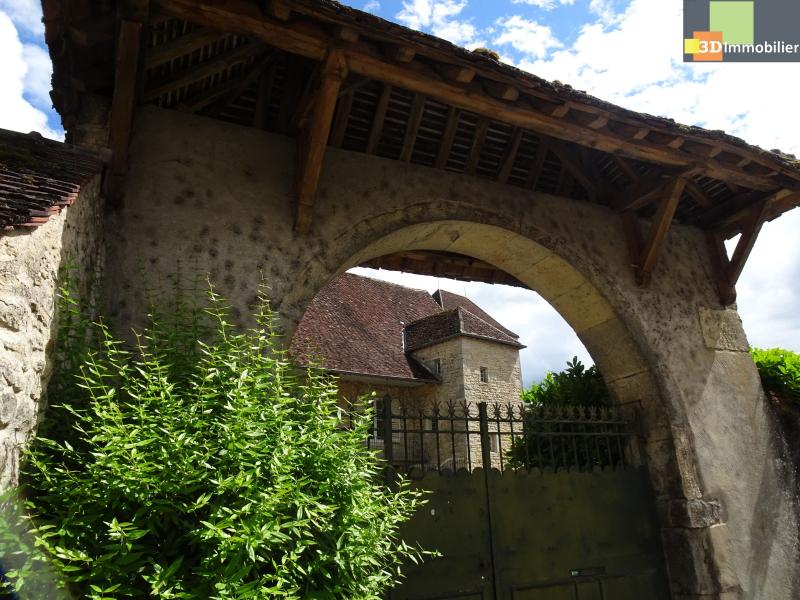 Our real estate agency is located in the Jura department, part of Franche-Comté, bordering Burgundy and Switzerland.

The registered office of 3D French Property is in Megeve (74120), France in the department of Haute -Savoie (74).

A wide range of homes and property for sale in the departments of Jura, Haute Savoie, Saone-et-Loire and the French Riviera.

Houses for sale in the Jura, Saône-et-Loire and Haute Savoie

Therefore, if you want to buy a house in the Jura region or in our other departments, we can send you a customized selection of French properties for sale based on your search criteria. Do not hesitate to contact us with your requirements, by email or using the contact tab on our website.

On our website, 3D French Property, you will find all of our French property for sale on the departments of Jura (39) and Saone-et-Loire (71).

Houses for sale in the Jura

We are proud to present a selection of properties in or around the following towns:

The prefecture of Jura is located in Franche -Comté, near Switzerland and equidistant from Besançon, Dijon, Bourg-en-Bresse and Geneva. A39 motorway makes it possible to join Dijon and Lyon in between an hour and an hour and a half.

The region boasts the renowned wine-making towns of Arbois , Chateau-Chalon and Etoile, which attract tourists and wine lovers alike. Skiing, with the nearby resort of Les Rousses is also a major asset in the region, the capital of which is Lons le Saunier.

The lakes of Chalain, Clairvaux and Vouglans also attract many tourists during the summer season.

Bletterans has a highly developed and dynamic business community. It is a region of traditions and flavors (including the famous Bresse chicken), and boasts typical architecture with its half-timbered ‘bressane’ farmhouses.

View our properties in Bletterans >>

City of art and history and the birthplace of Pasteur, Dole is located on the Doubs River halfway between Dijon and Besancon.

Access is easy with the A39 and A36 motorways and railway station which serves the/Geneva and Dijon TGV Paris/Strasbourg routes.

The sub-prefecture of Jura inspires tranquility, with its river port and canals. Its airport serves the UK via Ryanair.

View our properties in Dole >>

Chaussin is 12 km from Tavaux/Dole airport. This city has now emerged as the town center of the town of Jurassian plain and brings together twenty-one villages.

View our properties in Chaussin >>

Surrounded by cliffs and forests Poligny is located on the main road between Lyon and Strasbourg, Paris and Geneva on the other. World capital of the comte cheese (even exported to the United States ), this city is one of the most beautiful green resorts in the Jura. It is 7 km from the A39 and 15 km from the TGV train station. It also hosts the National School of Dairy Industries (ENILBIO).

On the route to Geneva, Clairvaux-les-Lacs is located on the first Jura plateau. The lakes of the region are equipped for bathing (such as Clairvaux and Chalain) and others offer a wild paradise for fishermen. At the heart of this unspoilt nature, one can experience the pleasures of hiking, cycling or horse riding. It’s facilities and diversity of activities, the wealth of services and quality of life and environment make this city an ideal destination to live year-round or for a few weeks holiday.

View our properties in Clairvaux -les-Lacs >>

Capital of the Burgundian Bresse, Louhans is located 25 km from Lons -le- Saunier and 40 km from Chalon sur Saône (71100). Louhans is a thriving commercial town with a strong gastronomic culture which includes Bresse chicken. Its many lakes and rivers attract anglers and walkers. At the heart of the ‘Bresse Louhannaise’ are Saint Germain du Bois (71330) and Beaurepaire-en-Bresse (71580), two cities that contribute to the development of Louhans.

View our properties in Louhans >>

Find out more about the Jura here >>

The Alpes Maritimes (06) situated on the Mediterranean sea side, stretches from Théoule-sur-Mer, a village on the border with the department Var (83), to Menton a border town with Italy. The seaside road crosses all international renowned cities of the Riviera, such as Cannes, Antibes, Nice, Monaco and Menton. In summer, the region is known for its large beaches and its exceptional location by the sea. However, in wintertime, in less than two hours drive, the department disposes of 660 km ski slopes spread over various ski areas: Isola 2000, Auron, Valberg and Val d’Allos …etc

The village of Théoule sur Mer is ideally located on the seaside, only 15 minutes from Cannes and 40 km from the International Nice Cote d’Azur Airport. Its central location takes you in less than one hour to Monaco or the Italian border by the A8 motorway, or in less than two hours to Marseille in direction of Spain. Nestled between the Natural park “Massif de l’Esterel” and the Mediterranean Sea, this village is a real haven of peace offering a multitude of nautical and pedestrian activities.

The various beaches facing the Bay of Cannes and the Lerins’ islands, nearty creeks, coves and marinas, offer a large range of water activities. With a park of ​​over 30,000 hectares of nature reserve, the massive de l’Esterel invites sportsmen, hikers and admirers to discover its flora and fauna. This unique setting offers exceptional views from its highest points up to 600m; Mont Vinaigre, Pic de l’Ours, Pic du Cap-Roux etc ..

An unavoidable curiosity of the town of Théoule remains “Palais Bulles”, one of the properties of the famous fashion designer Pierre Cardin. An exceptional heritage designed by the architect Antti Lovag and listed as historical monument. Today, this atypical property occasionally opens for events. Its amphitheater hosts fashion shows and small-scale concerts. This addres also is an unique exhibition for its collection of furniture, art objects and design of the 70s.

The city of Cannes with its luxurious palaces and numerous private beaches along “la Croisette” mainly benefits of a worldwide reputation thanks to the International Film Festival. This town is not only a seasonal seaside destination, but lives throughout the year thanks to the organization of many international congresses, such as MIPIM, MAPIC, MIPTV, MIPCOM etc …

The city of Antibes is known for its old citadel, the Picasso Museum and its exceptional marina which can accommodate the largest prestigious yachts in the world. Once a year, Antibes Juan les Pins is highlighted by its Jazz Festival in the pine forest on the seaside.

The image and reputation of Nice has nothing to envy to other cities of the French Riviera. Known for its “Promenade des Anglais” with a length of 7 kilometers, between the Nice Cote d’Azur Airport to the Nice marina, from where ferries leave to Corsica and Sardinia.

Another prestigious town characterizing this touristic region is the Principality of Monaco. The princely palace, the old port, the casino and the many prestigious shops and luxury hotels attract many celebrities thanks to its privileged situation. Every year the Grand Prix Formula 1 pulls a worldwide spotlight on this city “from another world”.

Less than 7 km from Monte Carlo is situated the town of Menton. Located at the Franco-Italian border, it only takes a few minutes to get to Ventimiglia (Italy). Menton, a quiet town enjoying the mild Mediterranean climate, organizes the “fête du citron” (Lemon Festival) every year during the last three weekends of February.

The Var (83) extends from Frejus / St Raphael up to Toulon and counts among its villages the mythical Saint-Tropez and its Port, as also the beaches of Pampelonne and Ramatuelle.

Driving in direction of Toulon is situated the village called Hyères with its natural marine park ‘Port-Cros’ and the island of Porquerolles. The “Var region” is further known for its many vineyards. Particularly famous for it’s rosé wines and “AOC Cotes de Provence” which we can discover through its “route des vins” (wine route)

These southern departments of France have a multitude of picturesque villages in the inland countryside. Beautiful landscapes can be discovered when driving on the A8 motorway, as per example the majestic “Massif des Maures”.

3D Immobilier, a 100% web Real Estate company, the specialist in real estate transaction with virtual tours for each of its properties for sale, is installed in this area and can help you in your research by presenting properties for a main-residence use or a secondary residence or holiday home.

Given that 90% of people who plan to acquire a property begin their research consulting Web sites, we have chosen to work exclusively on the internet.

The 3D French Property website offers a virtual tour of each property, allowing prospective buyers to view the property from their desktop or mobile device.